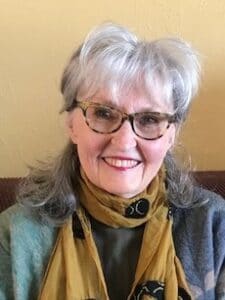 Rande Lisle Anderson was born into art; her mother was a professional fine artist. At twelve years old she decided to be a fashion illustrator and a clothing designer. She attended Art 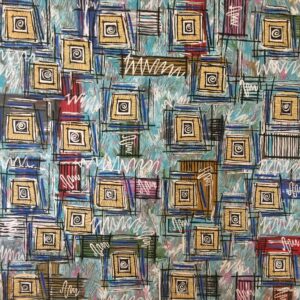 Center College of Design in Los Angeles majoring in fashion illustration in 1971. She took evening courses at UCLA’s fashion extension program to learn clothing design, pattern making and textile designing. While attending college she entered the Mademoiselle Magazine guest editor contest and won. She was the guest editorial art director and was sent to New York and Paris, France in 1973.

She got her first clothing design job designing infants wear in 1975. Other clothing design positions followed as well as opportunities to create graphics, fashion illustrations and textile designs for employers in the garment industry. She worked for Nike as a t-shirt & accessories designer. In Seattle she was a clothing designer and art director for Seattle Blues and Jay Jacobs until economic hard times hit in the early 1990’s.  In 1990 she decided to return to school and get her teaching certificate. Once this decision was made doors magically opened for her, money appeared in grants, gifts, and scholarships; she knew this was what she was supposed to do. A few weeks before she graduated from Seattle Pacific University in 1992, she was hired to teach art at North Kitsap High School in Poulsbo, WA. Eventually she taught mostly pottery which she loved. Teaching proved challenging and rewarding on many levels. It was an opportunity to make a difference in students’ lives, not only in awakening the love of creating art, but really helping students in need. She retired in 2016.

She started exhibiting and selling her work in 1994. In 1998 she had a sculpture in the ANA 27 exhibit at the Holter Art Museum in Helena, Montana. She was also was commissioned to create a ceramic clock, “It’s Time to Read” for the Poulsbo Public Library. She exclusively designed chocolate pots for the Copperleaf Restaurant at Cedarbrook Lodge in Seattle from 2010-2016. In 2019 she had a one-woman show at The Village Green Community Center and displayed and sold her art at The Kingston Saturday Market. In 2021 she sold at both The Poulsbo Farmers Market on Saturdays and The Kingston Public Market on Sundays. She plans to sell at both markets in 2022.